You open your mailbox. There is an envelope announcing an invitation. You open it with anticipation……. 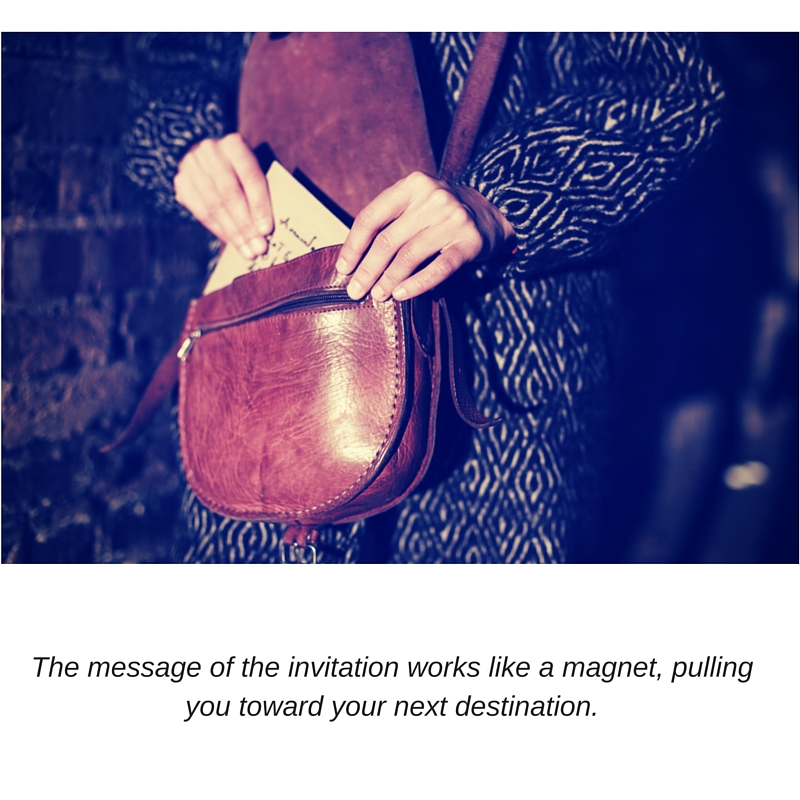 Other invitations – to graduations, weddings, cultural rituals, that mark the beginning of something new, something different. You are invited to be a part of the meaning of an important transitional moment.

The definition of invitation, in the larger sense, is to say yes or no to a call. The call can come from within yourself, acting as your own messenger, inviting you to ……? Explore new territory? Change up your job? Resolve a relationship? Fill a gap? “Invitation: a situation or action that tempts someone to do something or make a particular outcome likely.” Do you feel a nudge to explore and stretch yourself? An invitation like this doesn’t accept the limits of the status quo. It’s the open door encouraging you to leave ’stuck’ in the rear view mirror.

I’m continuously inspired by the power of yes. Sean said yes. He wanted work that he felt passionate about. Saying yes to coaching, gave him encouragement. Saying yes to the possibility of something better around his career and by extension his life, gave him a new attitude. Responding to the attraction of “abundant possibility” gave Sean more energy for the work of change. The message of the invitation works like a magnet, pulling you toward your next destination. The first step is saying yes. I’ll be sharing the next few simple steps to abundant living in the next couple of weeks. I’ll see you there!

Are you ready to commit to upping your game, make significant change and transform your challenges into gold? It’s free to get started!  Get access here