These days I am leaning into my Coaching Model, “Coaching is love in action in a professional way.” Feeling great love for my community. Holding

both concern and amazement in my heart for all of you. Striving to remain open to possibilities of change for the good. Holding space for those suffering. On the lookout for silver linings. Feeling compassion for those in the gap. Waiting patiently for signs of spring.

Where is Your Power?
People who have experienced deep fear and anxiety in the past can re-experience it to a greater degree when something in the environment triggers fear. The global emergency we are all experiencing has the power to do just that. Even though this crazy moment is unique for us living in the 21st century, our response to it is dependent on how we handle stress. Old trauma leaves an imprint on the brain and can re-emerge. Quarantine, social isolation, radical changes in our work lives, loss of control – all contribute to creating a situation for triggering overwhelming anxiety. While everyone’s response is unique, there are common reactions; just know that feeling upended about the pandemic is okay and normal.

Action is the antidote to anxiety, and there is a lot you can do to help you get through this. That’s where your power is. Let’s brainstorm together. Schedule here, it’s free.

I love what Brene Brown is saying. “OPEN YOUR HEART. WASH YOUR HANDS. SPREAD LOVE.”

Big love to you,
Deborah 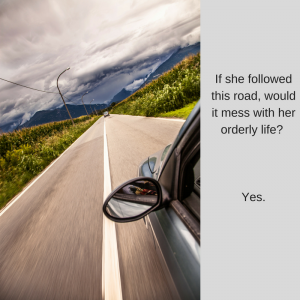