Daria was stuck in a big decision. She was waffling about a job offer she’d gotten in Seattle. Her initial reaction 2 days ago had been one of excitement. The job was a good match, for a company on her A list. And Seattle? She loved the city! But something had happened in the two days since she had been offered the job. A mental paralysis had settled in. And she was now swimming in a funk of indecision. With a yes or no deadline looming, she called me and we met over coffee to discuss what had happened. 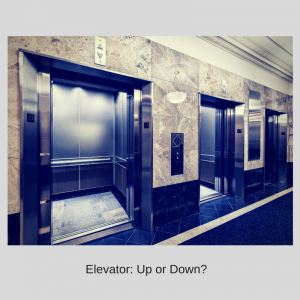 “Daria, all of these things are true. It will be hard. Moving to the other side of the country won’t be easy. But one thing I know about you is you learn quickly, are resourceful, and have great energy. Do you think all of these worries will still be true in six months?” Daria looked at me, and slowly shook her head, no. “Will you have learned the city by then?” “Well, yes.” “Will you have learned your new job?” “I’ll be on the way.” With each question, I could see her mood shift. Lighten.

Daria had gotten stuck in the space where she realized the magnitude of the undertaking. Where things were going to be hard work. But she had not moved through the process. She had forgotten to stay connected to her dream,and to her strengths. It’s like staring at your feet when you’re trying to stand tall and walk, it’s impossible to do. You have to lift your eyes and look at the distant horizon. Where will you be in six months if you say yes to a new opportunity? If I know you, you’re not afraid of the hard work of growing into your potential.