Connie said she wanted to explore new career options. She had long felt undervalued at work, unchallenged. She felt as though she was treading water. She said her boss was unwilling to help her reach her potential. But she was paid well, and couldn’t risk rocking the boat, so hadn’t budged on exploring further. Yet, this was what weighed on her mind when she woke up in the middle of the night.

Cole was a devoted family man, he would tell you every chance he got. Yet his behavior showed a man who put in long hours at work, and had little time to be the man he said he wanted to be. 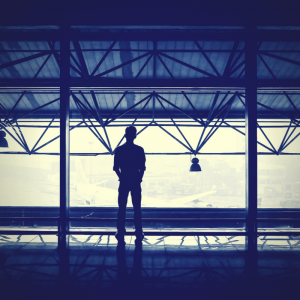 He believed this was what his career demanded of him. The years were ticking by with no shift in the balance while he longed for his life to change.

Shelly knew she was talented. She had an unsatisfied appetite for learning. She wondered what might have happened if she had continued her education, and felt bitterness about the obstacles that had kept her from reaching her true potential. If only things had been different.

All you need to do is look at the results to see what they are committed to.

It may surprise you to know that Connie, Cole and Shelly are committed to staying in their cycle of stuck. The sad thing is, they are unaware of this. If they understood what really is holding them back, they would be empowered to instigate change. But all three of them thought it was outside forces that kept them stuck. The real reason? The beliefs they held on to.

Are you stuck in a job you have been complaining about? In a relationship that isn’t satisfying? Are you still in debt despite having taken on another job to put money in the bank? Guess what. You have something deeper going on, more than what you think. There is a complex disconnect between what you say, and what you do. To understand and change this disconnect, first you have to uncover your unconscious mindset, revealing the ‘why’ behind your behavior. When you do this, you can let go of what is holding you back, and begin doing what you say you want to do.

Mindset and unconscious beliefs are powerful forces. When Connie, Cole and Shelly dig a little deeper, they can begin to peel back the layers and reveal the real purpose behind their behavior. Understanding that will give them the tools to make empowered choices. This awareness will free them to lead happier,  fulfilled lives. That’s what I want for them,