“I’m a very positive person, but this whole concept of having to always be nice, always smiling, always happy, that’s not real. It was like I was wearing a mask. I was becoming this perfectly chiselled sculpture, and that was bad. That took a long time to understand.” — Alicia Keys

Caroline was a young talented woman. She loved her job, had huge responsibilities at work and was paid well. The work energized her, and she constantly pushed herself to learn more, do more. To take classes, trainings and certifications to rise in her profession. That area of her life was right on track. The thing that kept her awake at night was her personal life. She was in a serious long term relationship. She was having second thoughts, a vague uneasiness. Her doubts about the relationship caused her to doubt herself. “What was her problem!”, she kept asking herself.  Her hesitation had now turned into sleepless nights and gnawing anxiety. 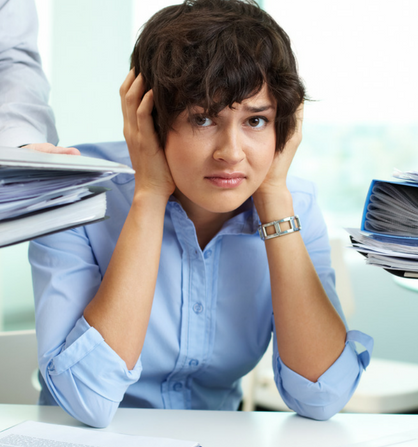 Mark was a bright guy in his 50’s. He had made a lot of money working long hours as a tech designer. His passion was for photography (his zest for tech work had long ago disappeared). He said he wanted to figure out a way to sell his photography, to see if he could turn his hobby into a career. He had been saying this now for two years, and had done nothing about it. He was at a loss as to why he couldn’t move ahead.

Just retired, Lauren had been preparing herself for a smooth transition to doing what she loved. All plans were in place to rent space in a commercial kitchen and bake her famous cupcakes to sell at the Farmers Market. This was to be Lauren’s second act, one she was excited about. Just as she was checking out commercial kitchens to rent, her parents moved back from living for many years in a vacation/retirement village in South Carolina. Now they demanded Lauren’s time, and played on her sympathies as a daughter to get her to care for them. She felt torn, resentful and guilty. All of these emotions morphed into extreme sadness about the loss of her dream. Family trumps self, right?

Carole, Mark and Lauren couldn’t trust their own instincts. They were letting the ’noise’ of what they thought they ‘should do’ get in the way of  what they wanted to do. Staying stuck in limbo was making each of them miserable. These three thought there was something wrong with them, and they felt overwhelmed by what, exactly could they do about it?

I’m happy to say, they did not stay stuck in anxiety, overwhelm and sadness. We worked together in a strategic way, and began to create a road map so they all could thrive.

First we systematically uncovered the truth about what was holding them in a painful place. Then, they brought what they desired into focus. They gave themselves permission to say yes to having what they wanted.

Second, we moved all the faulty thinking out of the way, and created a new, more powerful and honest, way of thinking.

Third we made a step by step plan to move through challenges toward their ideal future.

I’m thrilled to say, they all did this courageous work. You can too. Caroline, Mark and Lauren learned to trust their instincts. Let go of the mask of inauthenticity. Become your brilliant self.